We are beyond feminism when it comes to the UAE. We are beyond the challenges of ‘female versus male’”. Perhaps one of the best testaments to Amna Al Owais’s claim is Al Owais herself – now chief executive at DIFC Courts, an independent, English language common law judiciary. It took Al Owais just over a decade in the establishment to ascend to the position in May last year, having acted as deputy chief executive of the Dispute Resolution Authority.

Al Owais is speaking to Arabian Business from within one of the institution’s elaborate boardrooms, where an Audemars Piguet clock hangs neatly on a crisp, white wall, right next to a wooden, antique-style library stacked with volumes of law books.

The court, which covers regional and international civil and commercial disputes, has heard a series of high-profile cases since its opening in 2006, including the widely reported takeover of Viceroy Hotels and Resorts by Five Global Holdings. In 2017, it handled a record AED3.4 billion of enforcement claims, which represents a 26 percent rise from 2016. The settlement rate for its busiest unit, the Small Claims Tribunal (SCT), rose 10 percent from 2016 to a high 85 percent, just short of the 88 percent achieved by the Court of First Instance. It manages to close cases in as fast as four weeks, partly thanks to a smart platform that allows both parties to participate in a hearing remotely.

The SCT, created in 2007, is particularly helpful for Small and Medium Enterprises (SMEs), many of which are not aware of its availability, according to Al Owais. Nevertheless, she calls the SCT the “gem on the crown” of DIFC Courts, having brought in the majority of cases in 2017; 362 out of 530 to be precise. 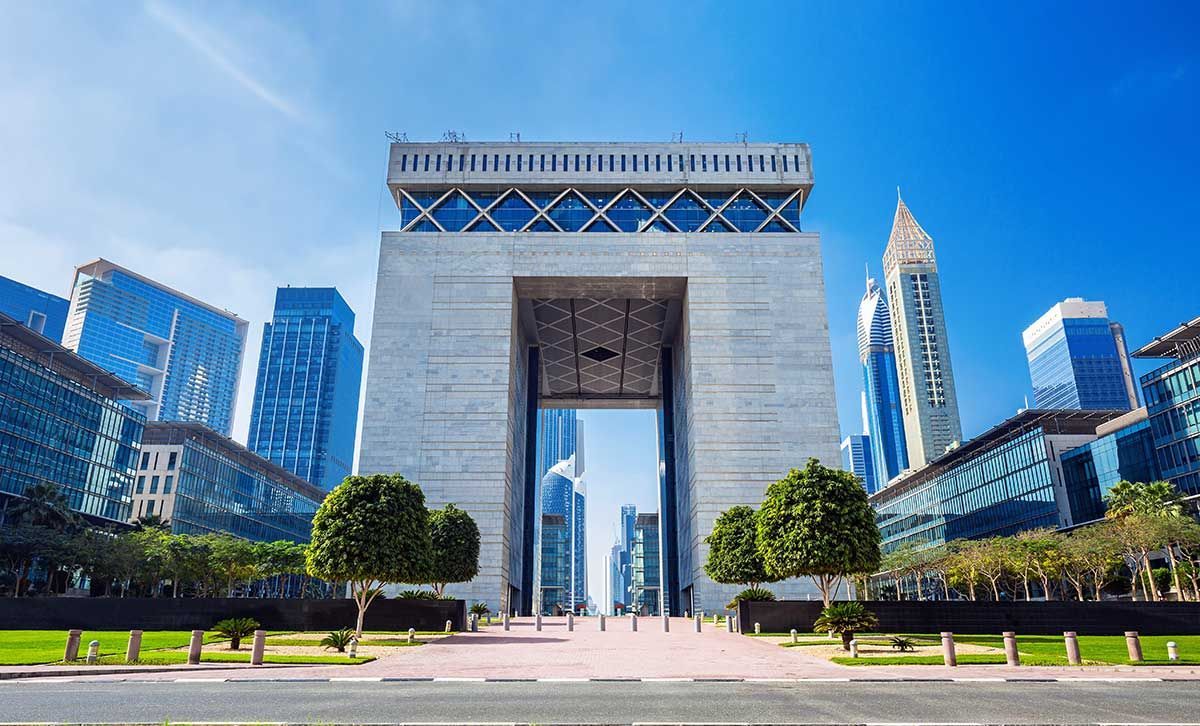 The chief executive warrants her own acclamation, however. Under her leadership, 80 percent of court staff are female; though she calls the stat a pure “coincidence”. “When we conducted our interviews, we wanted the best people on board, and the right fit for the role was usually a woman,” she says, with a light-hearted laugh.

The rise of female employment in a number of industries is unlikely a coincidence, however, as more women continue to fight against gender inequality across the world – not least in the Middle East, where cultural bias and regulations still deem women unsuitable for certain jobs. Women’s participation in the UAE labour force grew just 12 percent from 34 percent in 2000 to 46 percent in 2014, and was also accompanied by a rising female unemployment rate, according to a 2017 report by The Boston Consulting Group.

It revealed that gender inequality in the MENA region has the highest rate of income loss in the world at 27 percent, due to gaps in certain professions. But the UAE has made its fair share of strides in motivating Emirati women to study and pursue careers. Almost 30 percent of its current cabinet is made up of women, with nine female ministers being part of the 32-member group.

The index is in line with the country’s Vision 2021, which aims to make it one of the world’s top 25 countries for gender equality.

While Al Owais claims the UAE “walks the talk” when it comes to female empowerment, she urges females to work for their achievement, because “nothing is just granted”.

“You have to work hard for what you want, in order to make it happen. You need hard work, dedication, education, commitment and the determination to succeed in your career,” she says. 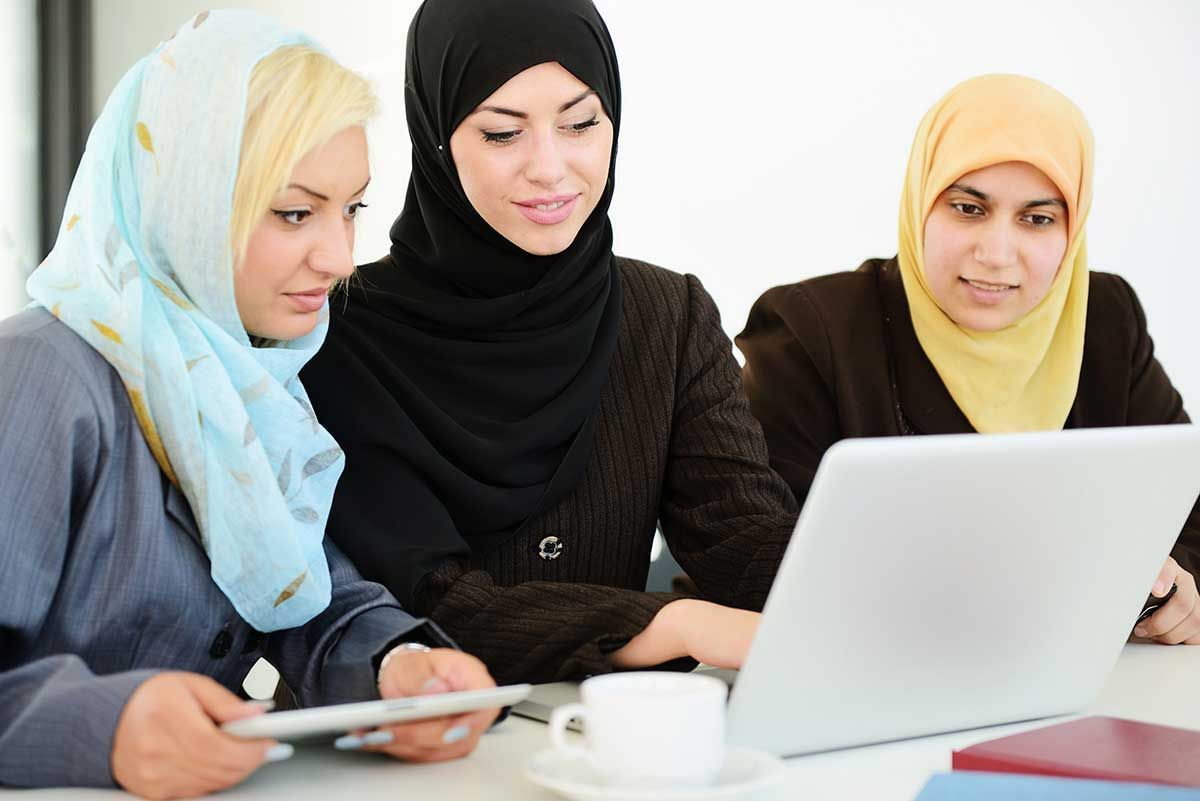 Chairman of Baker McKenzie, Dr Habib Al Mulla, agrees that women need to earn their opportunities, instead of having them handed to them. In fact, he told Arabian Business in 2016 there is what he calls “discrimination” against males in the UAE.

“In the public sector, if you have two applicants, one male and one female, the choice will always be the female… The UAE has a better image because they have more females in the workforce,” he said.

“Females will be relying on the offers the government is offering, so it will affect negatively on women, too. I’m against these quotas. I’m against trying to force this situation. It has to come naturally as it has in the past few years. Opening doors is something that should happen, but we should not be assigning seats,” Dr Al Mulla said.

He added that the move to offer women more jobs was meant to empower them, but is now working against both men and women, explaining that companies and governments were not putting women on boards because of their qualities, but because it gives them a better image.

Nevertheless, Al Owais points out that the UAE was one of the first countries in the GCC to encourage women’s employment, with the late Sheikh Zayed being a key figure in promoting women’s rights in the country. “I heard an old recording of the late Sheikh Zayed the other day, where he was speaking to young female students, and telling them how important it is for them to pursue a career.

“He was telling them, ‘You have to go to university. You have to work. Don’t always depend on your husband to be the breadwinner. It’s a partnership.’ And I was quite impressed, because that was in the 80s or 90s,” she said. 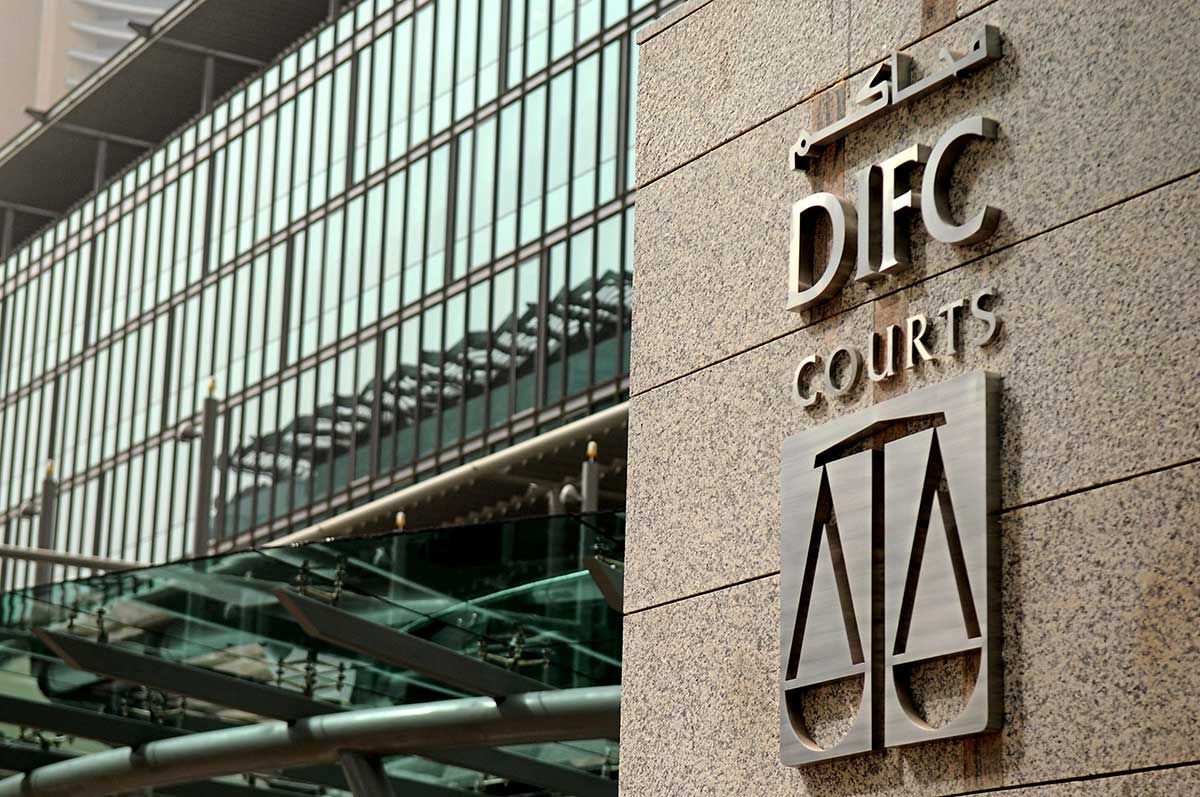 In the judicial system, however, gender does not pose as much of a challenge for women as age does. “It might be challenging being a young woman working in such a traditional system, where you are dealing with judges who are 60 or 70 years old. They see a young woman coming into a committee and sometimes might say, ‘You’re so young. What do you know about the judicial world?’ But as soon as you start dealing with them, they appreciate that there are young, yet talented women in the legal world,” she said.

In an effort to encourage more women to look past cultural biases or restrictive regulations, Sheikh Mohammed, Vice President and Prime Minister of the UAE and Ruler of Dubai, assigned the UAE Gender Balance Council last year with the aim to implement an annual Gender Inequality Index that ensures equal treatment for women.

The next generation of women will not only be competing with their male counterparts, however, but with a different kind of class overall: Explainable Artificial Intelligence, or XAI, a relatively new generation of robots whose actions can be easily understood by humans.

Al Owais says XAI robots are unlikely to replace lawyers and judges, because “we need that human touch”, but would help provide them with case materials at a faster-than-human rate.

“Rather than going through 50 books, judgements and laws for physical research, lawyers and judges will be able to get the material they need from XAI at a more efficient and faster pace,” she says. 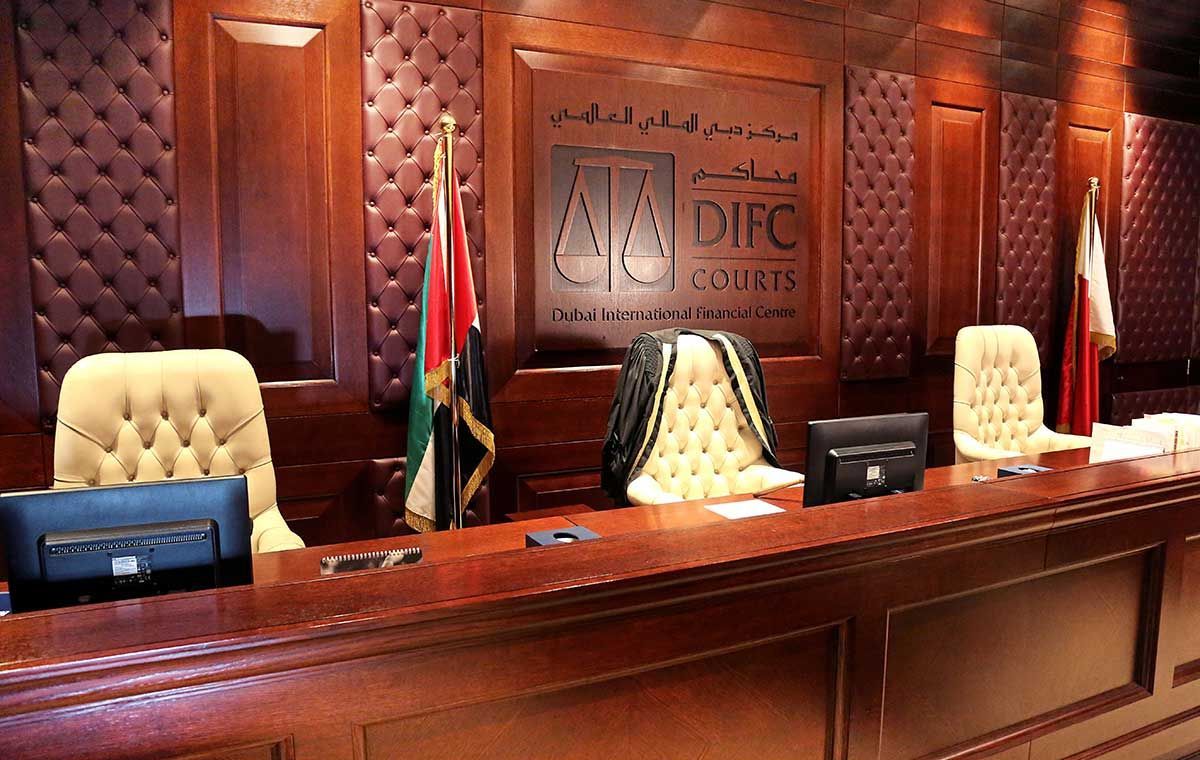 The judicial system is not as far away from introducing AI as one might think, considering the world’s first robot lawyer was made available in as many as 50 states in mid-last year, including New York, Seattle and the UK. The chatbox, which provides free legal council, was created by British entrepreneur Joshua Browder, who claims it helped defeat almost 400,000 parking tickets in the span of two years.

Such systems are allegedly cost-effective, but Al Owais is fascinated with their innovation more than anything else. After all, the DIFC Courts are not a profit-making system, she insists, but a public service. Its metric of success should be how often parties choose the courts for their cases.

The courts have also helped connect courts across the UAE and beyond, building relationships with commercial courts in the UK, Singapore, Malaysia, Australia and China, where it became the first foreign court to sign an MOU.

But Al Owais is a firm believer that there is still improvement to be made at home. “Today, to really be part of the global scene and future governments, we need to start looking at refreshing laws. There are laws that need to have continuous development and improvement, because you can’t have a law that was created in 1990 that will cater to needs in 2020. There should be a faster way of updating legislation,” she says. 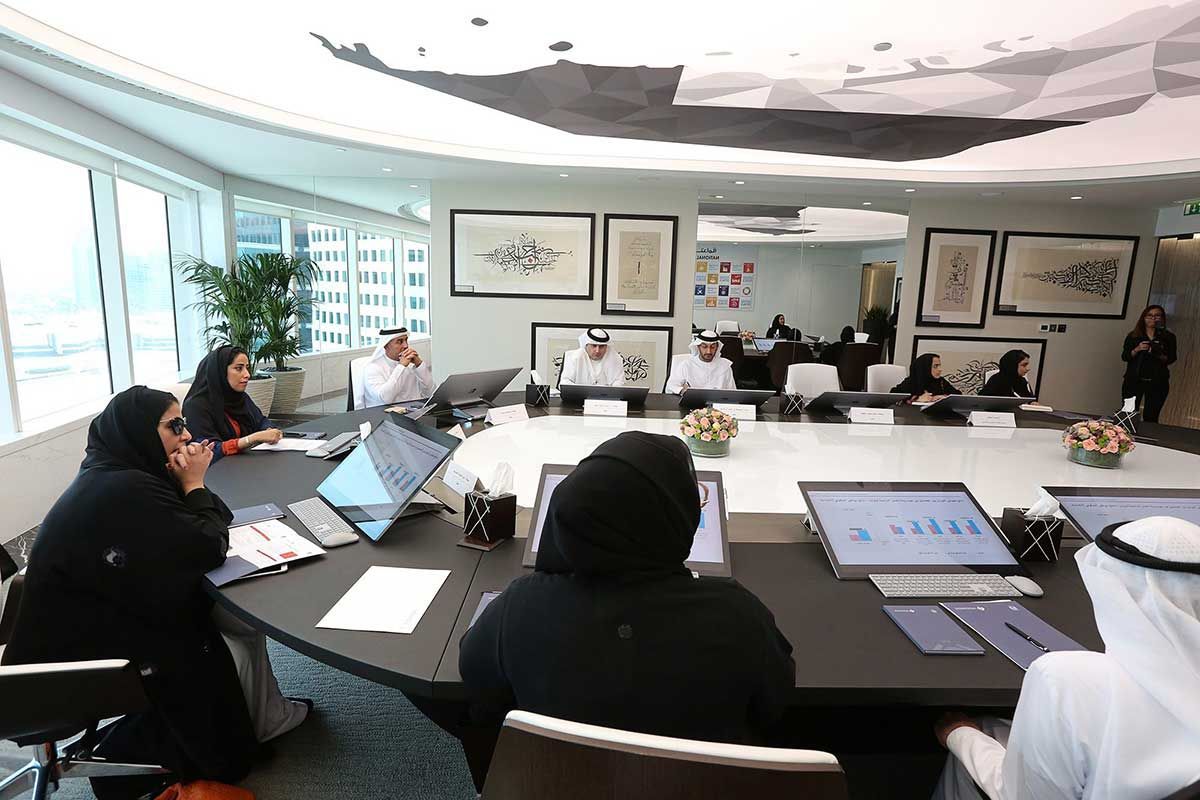 A meeting of the UAE’s Gender Balance Council

Other governments in the GCC might soon be looking to the UAE for inspiration, however, particularly with regards to its pro-bono programme, which was first introduced in 2009. It provides legal representation for individuals incapable of having a lawyer represent them. Today, it comprises 50 international and local courts.

“The success rate of the pro-bono programme is seen in having other local systems adopt similar arrangements, having that accessibility of the justice system by having such a platform, because many people hesitate to open cases or go to lawyers because they can’t afford the legal advice. So this platform really provides fairness for anyone in the community, and we’re currently working with different stakeholders to create more pro-bono mechanisms,” says Al Owais.

The chief executive is herself offering something to the community, too.

“In the past three years, schools have started sending 16- and 17-year-old students to shadow us, especially the ones interested in law. They shadow me or my colleagues to get a better understanding of how the court system works. Most of them leave inspired. They become empowered. They see a successful female role model and it gives them motivation,” she says.

It was not long ago that Al Owais was a student herself. While it took her a little over a decade to earn the title of chief executive, with role models like her, perhaps the next generation of successors will only need half the time.

Trading nations: how citizenship by investment programmes are helping people