By regional standards, John Lickrish isn’t running a particularly large organisation, but its importance to the UAE really cannot be overstated.

As the government-owned organisation celebrates its tenth anniversary this year, Canadian-born Lickrish looks back on the journey to this point, which started when he was asked by a friend in Abu Dhabi to come over and help organise a Justin Timberlake show at Emirates Palace back in December 2007.

That one-off gig led to him being asked to organise another show – Bon Jovi – which was just a few hundred tickets short of filling the 19,000 capacity, and way above the expectations of what was possible at that time in terms of organisation and attendance.

“And then three days later I got called to the Executive Affairs office in Mubadala asking me to give them a company proposition,” he says, picking up the story of how his journey began.

“They wanted me to outline what it would mean to the UAE, how we would help the economy, and then come up with an events programme for the following year.” 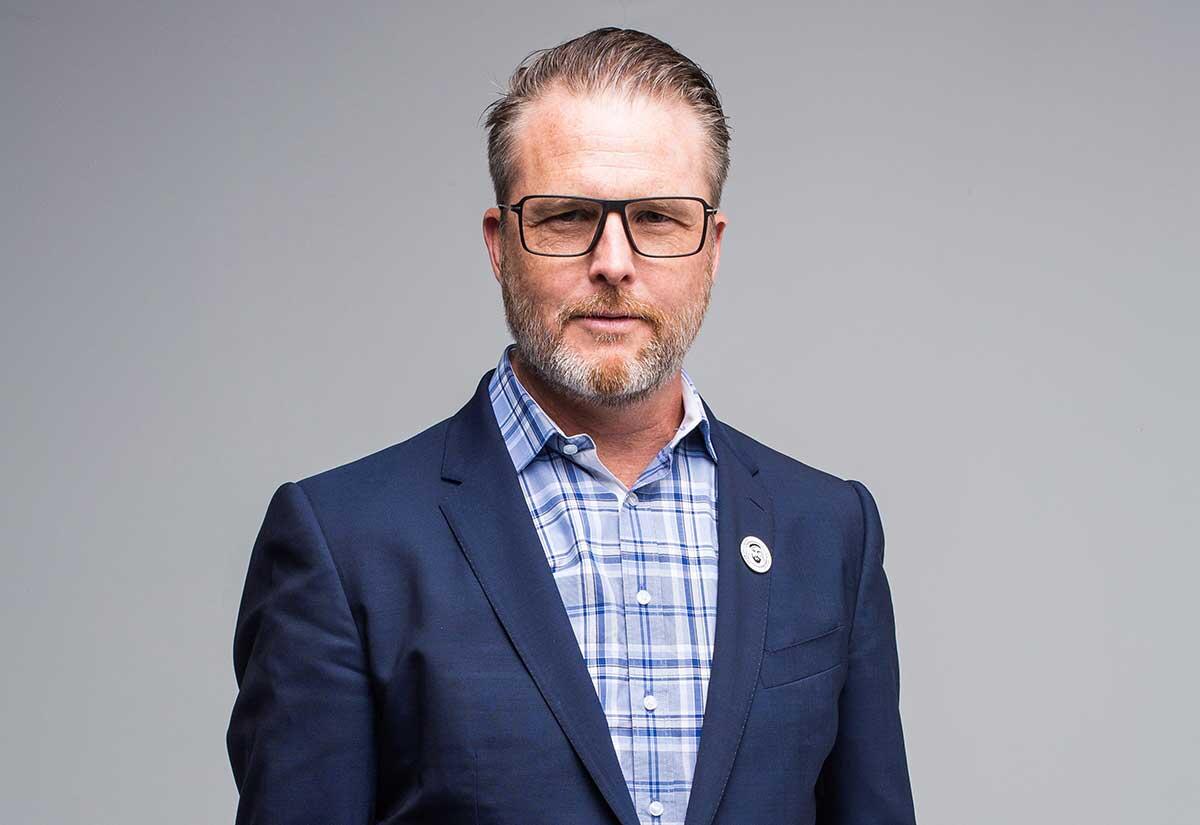 What followed was a two-year whirlwind. Lickrish was an experienced events manager in North and South America, but he describes those first two years as “running by the seat of our pants”, as they figured out what role Flash needed to play in the market.

Their brief was to create a diverse programme, so Lickrish developed the Mubadala World Tennis Championship, featuring the world’s top players, and secured the rights to host the FIFA Club World Cup final. He brought Christina Aguilera, George Michael and Alicia Keys to Sheikh Zayed Stadium for National Day and Shakira for New Year’s Eve.

Back-to-back shows by Andrea Bocelli and Coldplay saw the stage blow down the night before due to heavy winds, and then a deluge of rain and lightning on the night Coldplay played, but the shows themselves were a triumph and also turned a sizeable profit, proving the commercial viability of large-scale events in the capital.

The first Yasalam entertainment programme was launched in 2009, helping turn the inaugural Formula One race into a celebration for the whole city.

“The private sector wasn’t really thinking about how to make it special; it was just going to be everyone coming to the race and then going back to their hotels. So we developed a huge programme of activities to build out the weekend,” says Lickrish.

It was seven days a week, staying up till 3am, falling asleep at your desk. It wasn’t until 2010 that we started working on a five-year business  plan, coming up with some long-term objectives”

They developed the annual Qasr Al Hosn Festival, with a focus on equestrianism and other Emirati cultural experiences “to demonstrate that we understood how to host events as opposed to just doing concerts”, Lickrish says. Securing the rights to host the AFC Asian Cup football tournament was another coup in terms of proving that Flash – and by extension Abu Dhabi – could manage major global events.

“We just fell on these ideas running up to 2010,” he says when asked if there was a strategy behind the explosion of ideas. “It was seven days a week, staying up till 3am, falling asleep at your desk. It wasn’t until about 2010 that we started working on a five-year business plan, trying to come up with some long-term objectives.”

Part of that strategy was to help develop Yas Island as an entertainment centre, which was “just a big open space,” when Lickrish first saw the site. Flash was tasked with building and running the 4,500 capacity indoor Du Forum and the 50,000 capacity outdoors Du Arena, which was a game-changer for the UAE’s ability to host mega-events. 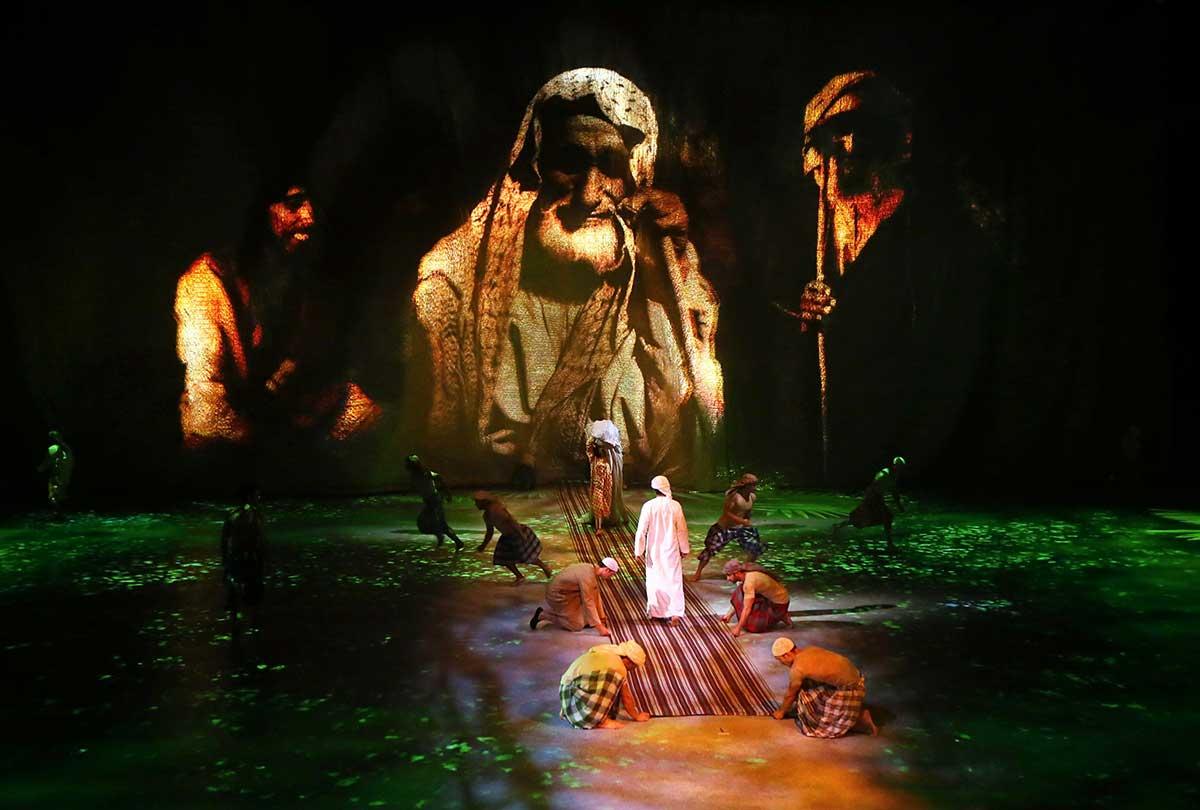 “All of that was paid for via our retained earnings,” says Lickrish. “And it just made sense to purchase the Portacabins, generators, and build permanent infrastructure instead of renting everything.”

Long-term sponsorship agreements were put in place, along with framework agreements for all the other ancillary products and services that come along with large-scale events.

“None of those things really existed until then; it was very ad hoc and you didn’t have things like the food trucks that you see now. When I first got here you couldn’t even get popcorn that was cooked in the last seven days. We will not take total credit for every innovation, but we did create an environment where the private sector could develop.”

My favourite thing is to stand in the middle of the crowd just watching everyone just enjoy themselves. That’s just a great feeling”

Lickrish says he constantly looks for gaps in the market where Flash can add value, but was warned early on not to ride roughshod over the private sector.

“I would have started things like sound, lights and catering companies but they already existed, so we tried instead to bring policies and structures into those operations to raise the level to international standards.”

He says that, as a government company, Flash has to balance the desire to grow with a wider care-of-duty to promote the events ecosystem in Abu Dhabi.

“We are owned by the government and they didn’t want to build a powerhouse that just sucks up all the air in the room. And in any case, having competition stimulates efficiency, creativity and innovation, which ultimately helps our business.

“So we try to work with partners. Some would disagree and say that we’ve taken over their space. And it’s true that if we see someone taking a 50 percent margin on a business that we’re involved with, then we would probably step into that market.” 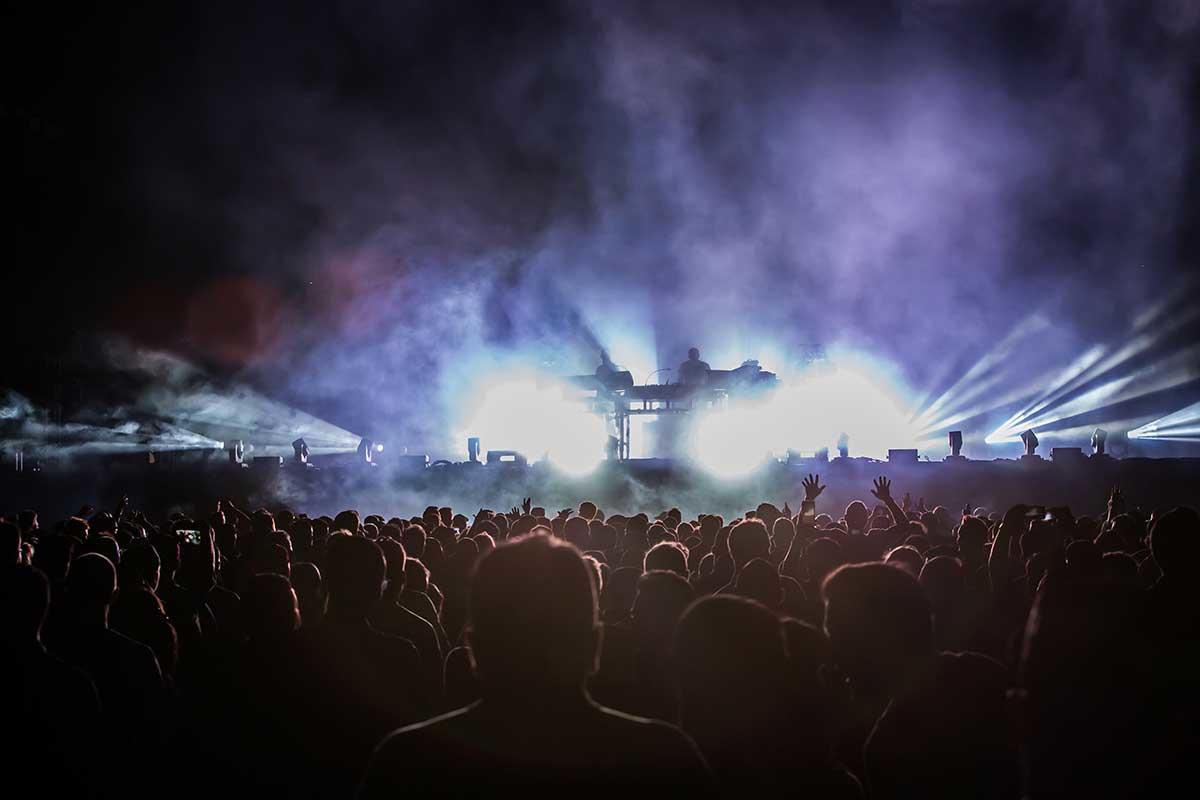 Flash also struck an international partnership deal with Ticketmaster and, perhaps most prominently, purchased a 10 percent stake in the Ultimate Fighting Championship (UFC) for an undisclosed sum in 2010, which went onto achieve stunning growth over the following years.

It quietly divested the investment recently, once again for an undisclosed sum, following the $4.2bn purchase of UFC by WME-IMG Endeavor in 2016.

“After almost ten years the time was right to exit that investment,” says Lickrish of the sale.

He admits that partnerships can be challenging.

“We’ve tried a few and it’s always give and take. There’s what’s on the piece of paper and then there’s the reality of making it work in practice. And the larger the organisation, the more challenging it can be. We’re working with a lot of people – for example, Formula One, Yas Marina circuit, the Tourism Authority, and institutions such as the police.”

“It’s important for a company with regional aspirations to be able to work with multi-national companies. But obviously the bigger they are the harder it is to get away from their cookie-cutter approach to each market, especially this market. It’s always a challenge to get people to innovate and understand the region.” 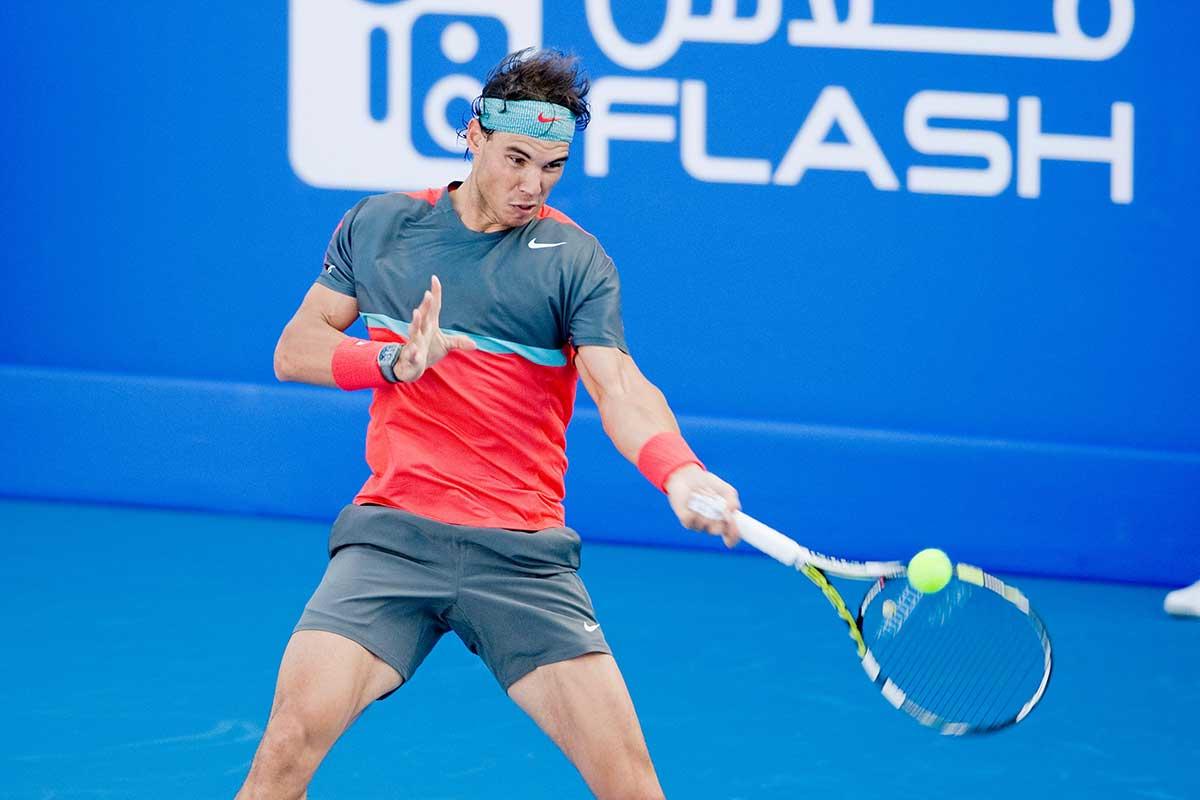 Though a government-owned company, Flash is not just a show pony for the UAE capital. Lickrish says they have to pitch for government business just the same as any other events company, including the many events that it doesn’t put its name to, such as the World Professional Jiu-Jitsu Championship, Qasr Al Hosn or the National Day events.

He bemoans not winning the Louvre opening ceremony job, which he’d “loved” to have won, but says: “There is an audit system and we have to follow the rules like everyone else.”

Though not at liberty to talk about profit margins, he says his brief is clear: “We don’t lose money, it’s that simple.”

But he will discuss revenue breakdowns, saying that the big shows “used to account for about 50 percent of our business, but now it’s probably around 30 or 35 percent and we can cherry-pick”.

“We’ve had great years where every event has been a success and some years where every gig has been a failure. But that’s the business, it’s tight margins, so we’re moving to a model we can be selective, have diversity in our content and make sure that we are actually servicing the community, even if it doesn’t make a lot of money,” he says.

But of course in the interests of not losing money, Flash is looking at new event spaces and markets to expand its business.

“I see the opportunities around anime [Japanese comic books] and gaming events. The culture that comes with it is a good space that is underserved. It would also be nice to have a small comedy club to do more regular events. And then there are cultural events that we could expand outside of Abu Dhabi, such as in the Western Region, which is underserved.”

Work has also begun on the 18,500-capacity Yas Arena, part of UAE-based developer Miral Asset Management’s $3.2bn Yas Bay development. Flash will manage events at the new multi-purpose space, which Lickrish describes as a “game-changer” in terms of being able to hold massive, year-round events.

In terms of new markets, Lickrish says they have “looked at a couple of opportunities in Dubai, but we’ve made this huge investment into our own facilities and we have our sponsorship and F&B agreements in place, so it doesn’t make much sense.”

He’s keeping a close eye on the Saudi market as it opens up to western-style entertainment, but admits to being cautious.

“We’ll let the dust settle and wait for the institutions who are dealing with global promoters to understand how this all works. I think there are a lot of consultants over there trying to sell them ideas at the moment.”

But he acknowledges that Flash will need to develop its portfolio across the entire region to grow further, citing the opportunities in neighbouring countries.

“Saudi Arabia is the biggest economy in the region and nothing exists there yet. So when we talk to UFC and WWE about doing GCC tours, the sponsors are much more interested in Saudi, just because of its size.” 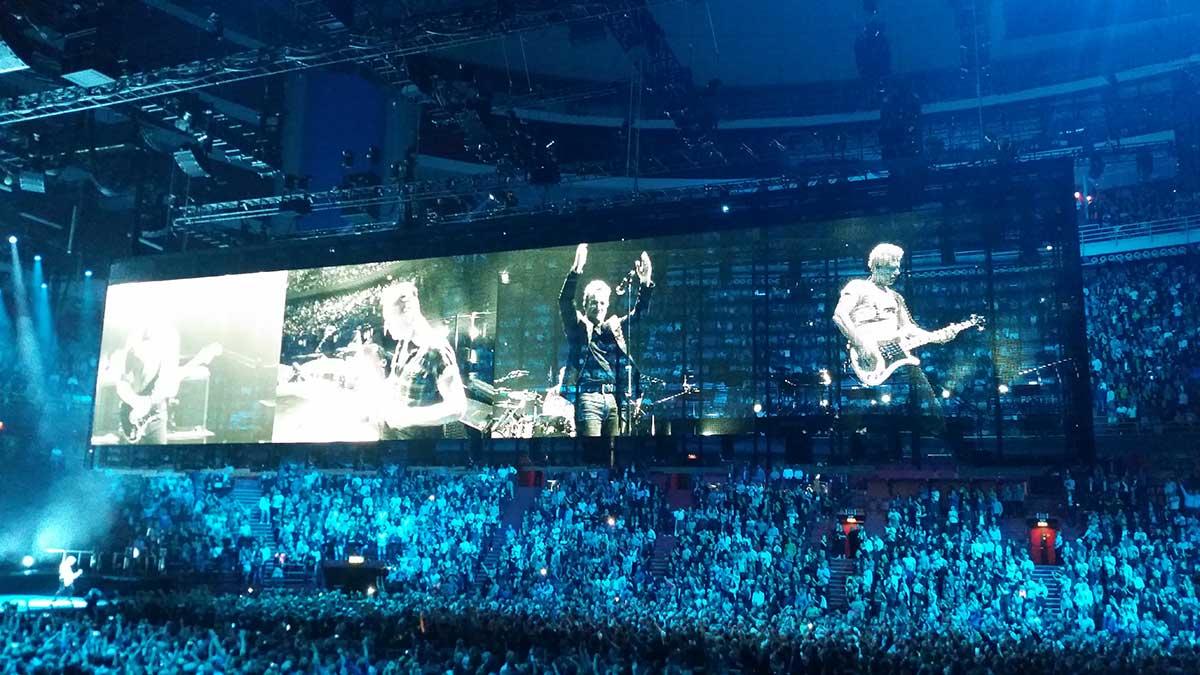 He’s confident, though, that the company will grow because that has been the running theme of the past decade. “It’s been crazy,” he says. “I thought I was going to set up the company, put the procedures in place, do three or four concerts a year and then in a couple of years go back to Toronto. But the opportunities keep presenting themselves and you just can’t turn them down.”

He finishes by revealing the buzz that has kept him excited throughout the journey.

“My favourite thing is to stand in the middle of the crowd just watching everyone just enjoy themselves. That’s just a great feeling.”

How YouTube plans to stay ahead in the Middle East

The world according to beauty superstar Huda Kattan

In focus: The soft power of brands in the UAE

Full stream ahead: Netflix outlines its plans for the Arab world, how it is going to…

When the Starz align: How the Arab world’s streaming heavyweight plans to stay…